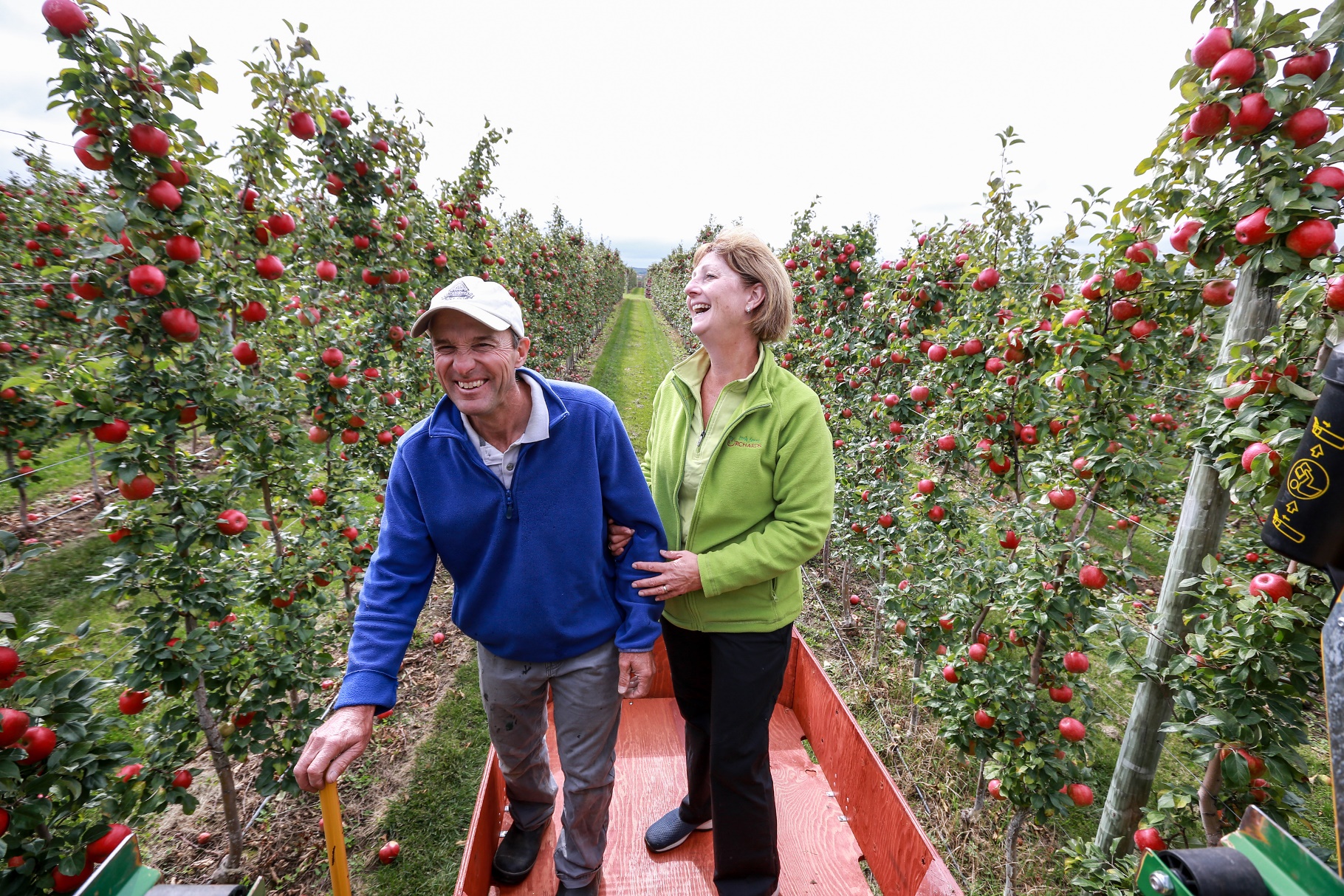 Vineland ON, 22 February 2022 – A third generation apple grower from the Georgian Bay area is this year’s UPL Golden Apple Award winner. The award was presented to Tom Ferri on February 22 at the Ontario Fruit and Vegetable Growers’ Association online annual meeting.

Ferri and his wife Karen have been growing apples at T&K Ferri Orchards near Clarksburg since 2005, when development pressure forced them to relocate from the family apple farm at Huttonville just outside of Toronto.

Born into an apple growing family, Ferri has spent his life continuing a family tradition that dates back to the 1930s – growing some of the most flavourful apples in Ontario while constantly searching for and adopting better growing methods.

“Tom is a very passionate apple grower with a commitment to perfection. He applies a systematic and logical approach in the orchard and there’s a reason for each task that he performs to produce great apples,” says fellow apple grower Cathy McKay, chair of the Ontario Apple Growers. “He’s always willing to share his time and extensive knowledge with other growers, and it’s an honour to recognize him as the Golden Apple Award winner this year.”

A graduate of the University of Guelph, Ferri’s orchard was the first in Ontario to have trickle irrigation, the first to plant Mutsu apples, and was home to the province’s first pick-your-own operation. He was also the first Ontario grower to plant a super spindle orchard with a tree density of 2,000 trees per acre.

Today, his orchard holds 2,500 to 2,800 trees per acre. Not only does this type of high-density planting bring new trees into production faster, but it also allows for the use of automated orchard platforms that reduce labour costs and make tree management safer and more efficient. A large percentage of his apples are sold through the Ontario Food Terminal to higher-end independent markets in the Greater Toronto Area.

In 2009, a tornado that struck the Georgian Bay apple growing area destroyed 85% of his production. He opted to rebuild and worked tirelessly to successfully convince the federal government to provide disaster relief support for affected growers.

The UPL Golden Apple Award is presented annually to a recipient who has made outstanding contributions to the Ontario apple industry. The Ontario Apple Growers represents the province’s 200 commercial apple farmers. Visit www.onapples.com for recipe ideas and grower profiles or follow Ontario Apple Growers on Instagram anf Facebook (@ontarioapples).