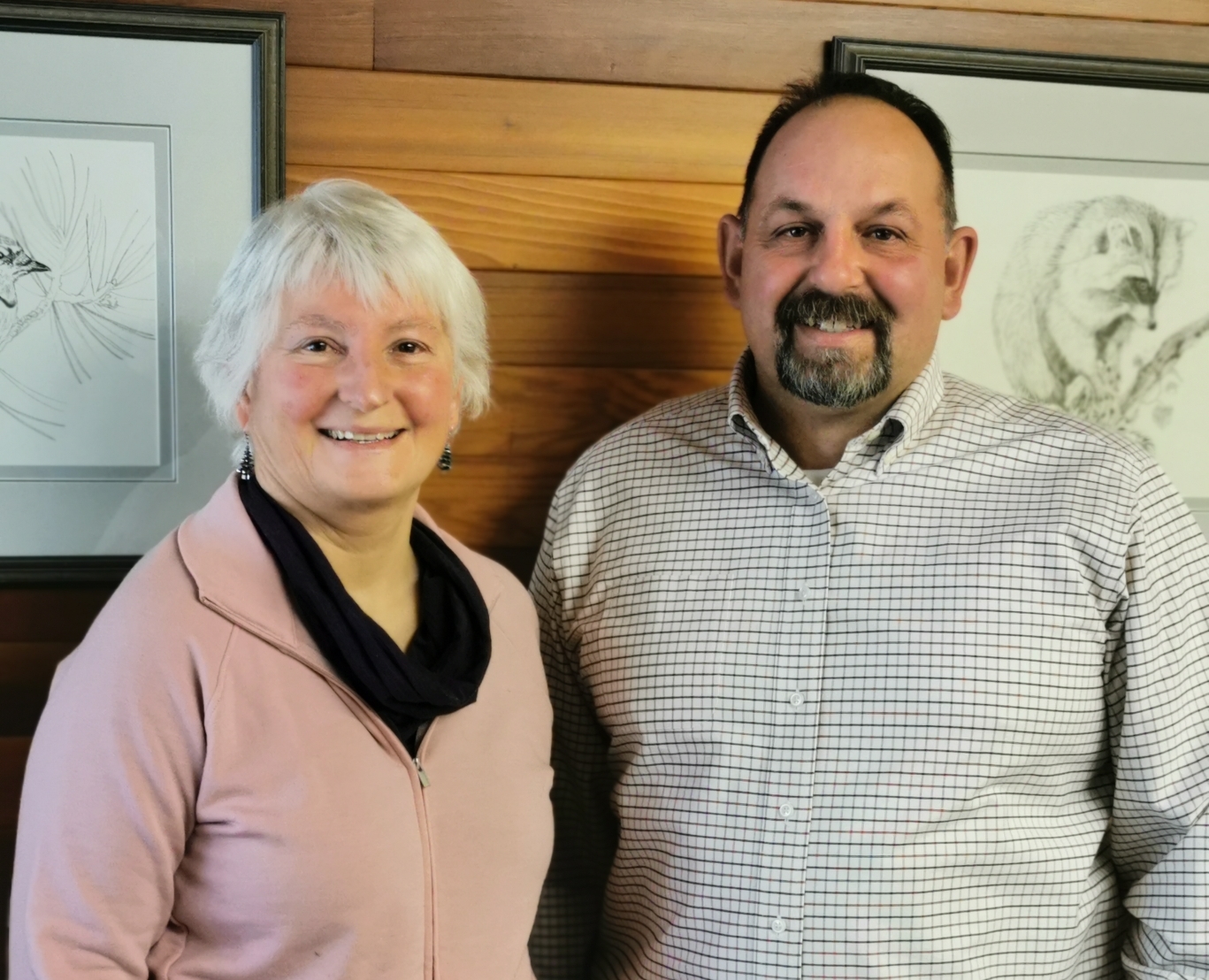 Vineland ON, December 19, 2019 – Cathy McKay of Port Perry has been elected as the new Chair of the Ontario Apple Growers (OAG). After serving as Vice Chair since 2013, she replaces outgoing Chair Charles Stevens of Newcastle. Brian Rideout of Blenheim will serve as the new Vice Chair of OAG.

“Consumers love our locally grown apples and there is a lot of growth potential for our sector in the Ontario market,” says McKay. “It’s important that we continue to work with government to ensure we have policies and regulations that will encourage that growth and support the prosperity and profitability of Ontario’s apple industry.”

McKay and her husband Marvin Stevenson farm near Port Perry, growing 22 apple varieties on Nature’s Bounty Farm, a Pick Your Own business that also includes a seasonal farm market and agritourism activities. McKay joined the OAG board as a director in 2005 and in addition to being Vice Chair, has also been a member of the organization’s research committee.

She’s currently a director with CanAgPlus, has served on the Ontario Pesticide Advisory Committee and was the 2010 recipient of the Golden Apple Award, which is given annually to a grower who has made outstanding contributions to the Ontario apple industry.

Rideout became an OAG director in 2014, and is currently a member of the research committee as well as representing apple growers at meetings related to crop protection. He was the inaugural Chair of OAG’s Young Apple Grower group.

The OAG Chair is elected annually with a maximum of six one-year terms possible per individual. Stevens will continue to serve on the OAG board as a director; other OAG directors include Keith Wright, Joe Van De Gevel, Robert Geier, Brian Gilroy, Greg Ardiel, Art Moyer and Kevin Martin.