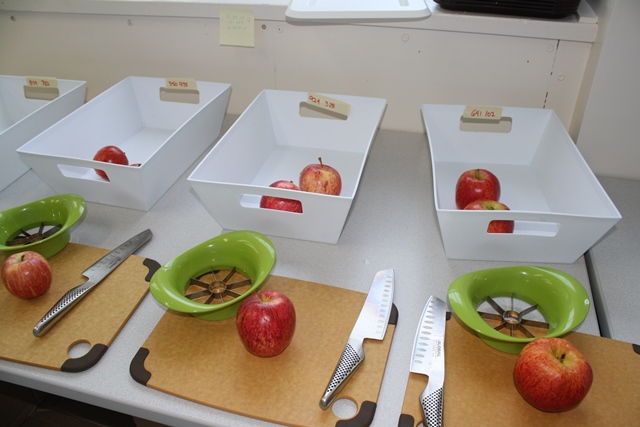 It takes many years to develop new apple varieties and bring them to market. Imagine the disappointment if, after all those years of work, you discover that your customers don’t really like the flavour or look of that new apple!

The Ontario Apple Growers (OAG) is working with researchers at the Vineland Research and Innovation Centre – Vineland for short – to change that with the help of science.

Dr. Amy Bowen is leading a project that is combining the results of sensory profiling and consumer preference with genomics – selecting apples with specific genes – to develop apples that consumers want and will grow in Ontario’s climate.

That means that in addition to looking and tasting “right”, they also have disease resistance and cold tolerance – what are called agronomic traits – to grow well in our climate.

“If we know what consumers like or want in an apple, we can use that information to guide our breeding program and select varieties with those characteristics earlier in the breeding process,” explains Dr. Bowen, who adds that Vineland’s project is also helping to determine how ethnic background may influence consumer apple preferences. 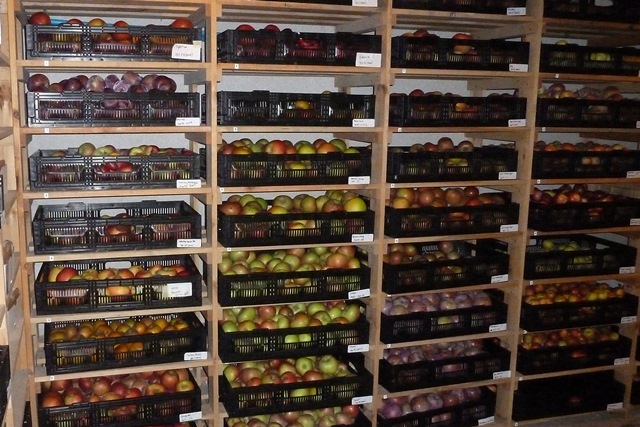 Bowen and fellow Vineland researchers have completed three years of work on this project so far.

In 2011, 20 apple varieties were evaluated by in a pilot sensory and consumer panel.

The following year, 63 commercial and heritage varieties were profiled by a Vineland-trained panel, who were asked to evaluate the apples for 18 different sensory attributes, such as flavour, aroma, texture and taste.

As well, 19 varieties were tested by a panel of 219 consumers in Toronto, who were a mix of European, Chinese and South Asian descents.

Bowen’s team also found that ethnicity, place of birth, age and gender had no impact on a consumer’s apple preference. 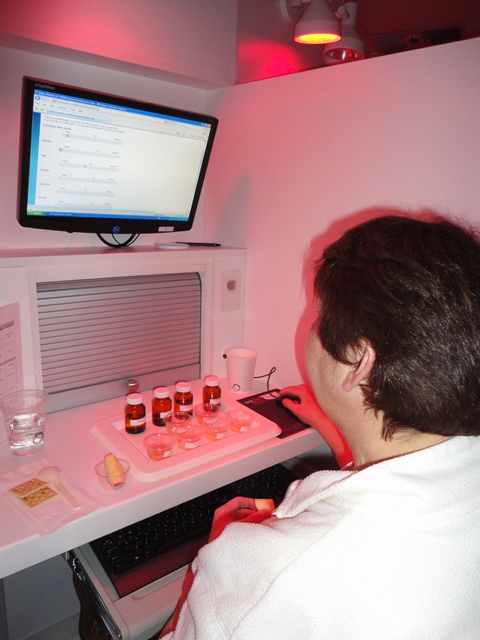 In 2013, work continued with the Vineland-trained sensory panel, which looked at 50 heritage and 20 commercial apple varieties. Results are currently being finalized, but next steps in the project include taking the feedback from the panels and applying that to the breeding program.

“The perceived flavour that consumer preference has identified can be mapped onto the apple genome and will be used to guide and accelerate our apple breeding,” explains Dr. Bowen.

The results from this project will help apple growers and breeders pick the most desirable apple varieties for the Ontario market.

In the long-term, Vineland’s goal is to develop an “Ontario” apple that will help expand market opportunities for Ontario apple growers.

Currently, Vineland is testing apple varieties from British Columbia, the United States, Europe and New Zealand to determine their suitability to the Ontario market and Ontario growing conditions.